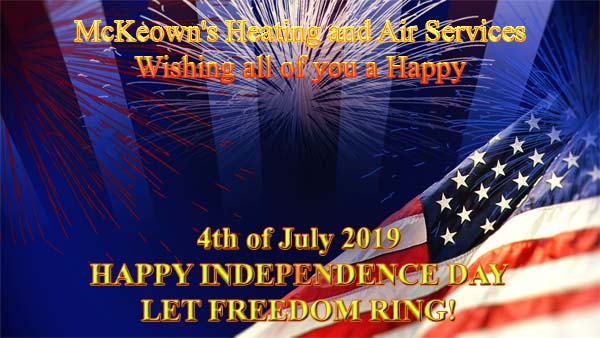 With 243 years of tradition behind it, the Fourth of July is one of America’s most cherished holidays. It’s when we celebrate our nation’s and peoples Freedom and Sacrifice with a day off, a backyard barbecue, and plenty of fireworks. The Founding Fathers and Continental Congress huddled together, presenting the first draft of the Declaration of Independence for July 4, 1776. The first celebrations weren’t much different than today.

Here are some facts you may not have known. Three presidents have died, and one was born, on the Fourth of July. You probably know that both Thomas Jefferson and John Adams died on July 4, 1826—50 years to the day after the Declaration of Independence was adopted. They’re not the only presidents to have died on the Fourth, though; James Monroe—the nation’s fifth president—died just a few years later on July 4, 1831.

Though the holiday might seem like it has it out for former presidents, there was one future leader born on Independence Day. The country’s 30th Commander-in-Chief, Calvin Coolidge, was born on July 4, 1872.

We here at McKeown’s Heating and Services wish you a Great 4th of July.

McKeown's Heating & Air Services
5.0
Based on 11 reviews
powered by Facebook

Manndy Lee Mckenney
2020-09-20T18:47:50+0000
Amazing Customer Service! Quick, affordable and reliable. Would recommend 💯 % of the time. Veteran owned and operated.... Very friendly and worked with my schedule and saved me thousand of dollars. Definitely going to call them for my seasonal maintenance checks.read more

Brianna Colley
2020-08-17T15:39:43+0000
He came out and fixed our unit last year and a couple days ago another part of our unit broke. Called him and he set up... an appointment for this morning and came in out and had the solution to our problem quickly. He is flexible and trustworthy!read more

Beth Boderck
2019-10-17T14:26:59+0000
Arrived within 10 minutes of my call and fixed the problem immediately! Very professional and personable with... reasonable prices. Signed up for service plan - wouldn't think of calling anyone else!read more

Peggy Labbe
2018-06-05T00:07:55+0000
Very fast and reasonably priced. Was completely satisfied with the friendly service I received. The only number I will... call for heating and air issuesread more

Marlon Talford
2016-08-04T23:06:40+0000
McKeown Heating and Air is a top rate company who care about the person and the quality of there work. So I would... recommend them for any of your heating and air needs. Thanks for the most professional services around.read more
Next Reviews